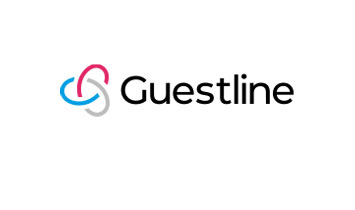 With the improved call functionality we’re now experiencing with Teams Calling and LoopUp, not only is it more streamlined for our employees, we’re operating with a saving of £2,000 in IT costs a month

Guestline is a SaaS provider working within the hospitality industry with over 25 years’ experience. Their intelligent property management solutions cover all aspects of running a hospitality business, from managing bookings and payments to tracking bar spend in guests’ rooms.

Market leaders in cloud-based hospitality technology, Guestline’s systems are currently employed in 25 countries – including 2,500 hotels in the United Kingdom.

Guestline is headquartered in England, with regional offices in Germany and Thailand. As their client base continues to grow, they are looking to expand their territories further. They needed a telephony platform that could keep pace with their plans. Guestline decided to migrate their communications to Microsoft Teams Calling.

Simon Larkin is Guestline’s project manager, responsible for overseeing every step of the company’s rollout to Microsoft Teams Calling. We spoke to him about how that journey was going:

‘We’re in the early days, but already it’s been transformational. We’re seeing a different picture with Teams Calling. A core component of our business is our call centre, which needs to react immediately and precisely to support our clients the moment they need us. At any time, we’ll have 30-40 people on the support desk. There are a lot of calls coming in. Every call needs to be answered straightaway. It’s a complex operation.

With the improved call functionality that we’re now experiencing with Microsoft Teams Calling and LoopUp, not only is it more streamlined for our employees, we’ve estimated the reduced IT costs mean we’re operating with a saving of £2,000 a month. So, the migration is already proving successful for us.’

Guestline’s SaaS platform is currently used in 25 countries across five continents. The company’s diverse geographic footprint was a key driver in their decision to adopt Teams Calling.

‘We have 232 employees. We’re headquartered in the UK, but we also have offices in Germany, Ireland, Thailand and the Netherlands, with remote teams elsewhere in countries including Russia, France and Spain. Many of our developers, for instance, are based in Poland.’

‘For our business, it’s essential we have the flexibility to scale and grow as, and where, we need to,’ explains Simon.

Guestline were previously using Teams for internal collaboration and meetings but fulfilling their cloud telephony via Skype for Business. There was never a question of leaving Microsoft, but Skype wasn’t the ideal fit for the company’s rising momentum.

‘We’re a Microsoft company through and through,’ says Simon. ‘Teams is our official means of communication, and we use it far more than email. But Skype for Business doesn’t really scale globally in the way we needed. The Teams VoIP does. Teams Calling enables us to go to a new country very simply.

Was choosing LoopUp to be their provider an equally straightforward decision?

‘Previously we were experiencing serious outages. We had a few occasions where there were minutes of having no phone system at all. It was frustrating, and we felt like we had no control. Since working with LoopUp, we honestly haven’t had a single one.’

Guestline was also experiencing challenges resolving issues or making changes. ‘If anything went wrong, it was a slow process to fix,’ explains Simon. ‘We had to raise a ticket and wait. That is definitely not the case now. And we’re confident we could set up a new office, and get new numbers straightaway. It’s going to be a lot easier to set up regional offices from now on – wherever we want to go.’

Guestline are still in the early stages of Teams Calling, but they are already noting positive outcomes throughout the business.

‘The whole user experience is better with Microsoft Teams Calling, instead of having different apps to log into, now we have just the one. Everything is there in the one place. I was the first user to be switched over at Guestline and from that first day it’s just made everything easier.

‘My advice to any other business considering a similar move is to run a small proof of concept. All you need is a handful of users to see how Teams Calling works. They’ll see straightaway how good it is, and how integrated the VoIP is. How it can make everything simpler.’

When we spoke to Simon, the deadline to have remaining global Guestline employees fully transitioned to Microsoft Teams Calling was less than three months away. Was he worried?

‘Not at all. We feel very confident. We’re testing now and everything is working exactly as we’d hoped. It’s going great. Migrating the rest of our staff should be easy.

‘LoopUp have a great team. Their knowledge of Microsoft is unbeatable. LoopUp have explained everything and have been helpful all the way through. They have been very detailed, very organized and very thorough – and always available to us, they are incredibly responsive.

As a partner, LoopUp have been great.’