Resources » Blog » Multitasking on Conference Calls: Agree with It or Not, Here’s How

Multitasking on Conference Calls: Agree with It or Not, Here’s How 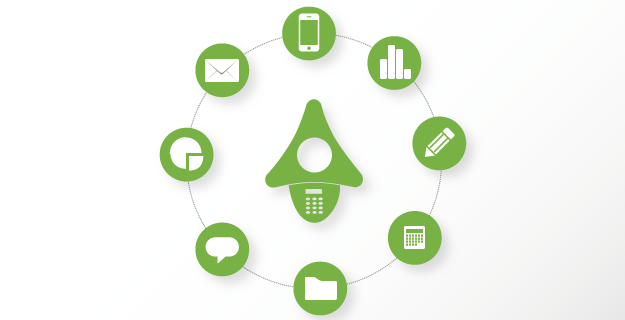 If you’re on conference calls a lot, you probably know you’re not always central to the action.  So, you might take the opportunity to multitask and get other things done, to stay on top of your to-do list.  Whether or not this is a good idea is outside the scope of this post.  But, if you’re going to do it, how can you do so while minimizing any potential disruption of the meeting for others?

First, though, let’s take a moment to think about the impact multitasking has on conference calls.  We recently wrote a post on the trade-off between the lost engagement on meetings through multitasking versus the additional productivity gained from multitasking.  It’s an interesting trade-off.  The business reality for the moment, though, is that multitasking on calls is commonplace: according to a recent Meeting Behavior Survey (SurveyMonkey, 2013), 92% of information workers admit to multitasking during meetings, and 41% of respondents say they do it often or all of the time.  So, whether we agree with it or not, realistically it’s a behaviour that’s unlikely to go away any time soon.  So how can we at least be considerate of the other call participants and minimize any potential disruption that multitasking may have on the call.

Here are some things to consider:

Try to steer clear of longer tasks that require mental immersion or extensive creative thinking or problem-solving skills.  These activities will draw your attention too far away from the call, and the likelihood is that both the call and your side-activity will suffer as a result.  Instead, try to stick to shorter tasks you can drop in and out of, such as light email maintenance.  However, be sure not to provide others on the call with proof that you were multitasking during this time; avoid sending emails to anyone on the call!

Familiarize yourself with the agenda before the call if possible, or at least take particular note of it at the start of the call, so that you can work out when you’re likely to be called upon to contribute and when you’ll just be listening.  Pay particular attention to changeovers between agenda items (which is more easily done with shorter in-and-out tasks, as above).  Avoid multitasking during agenda items where you’re more likely to be called upon, and try to restrict your multitasking to items that are more clearly removed from you.  This should avoid the embarrassing situation of being asked a question when you weren’t paying attention, often followed by an expectant silence and a hasty cover-up with the disingenuous “I’m sorry, you came across a bit blurry then, could you repeat the question?”  Even once the question is repeated, you’ll likely be missing some of the earlier context, and your answer may be repetitive.

Mute Is Your Friend

Background noise is one of the most annoying things you can bring to a conference call, whether it be taking the call from somewhere not geared up for conference calls – like the airport or a coffee shop – or keyboard tapping from other work you’re doing.  When you’re not needed to speak, make sure that you mute your line to avoid adding unwanted noise.  The flipside of this is that you must remember to unmute your line when you’re called upon to speak!

Multitasking on conference calls is a fact of life and, for better or worse, I expect it will remain so for some time yet.  But, if you’re mindful of your specific multitasking activity, timing and methods, you shouldn’t lead to undue meeting disruption.